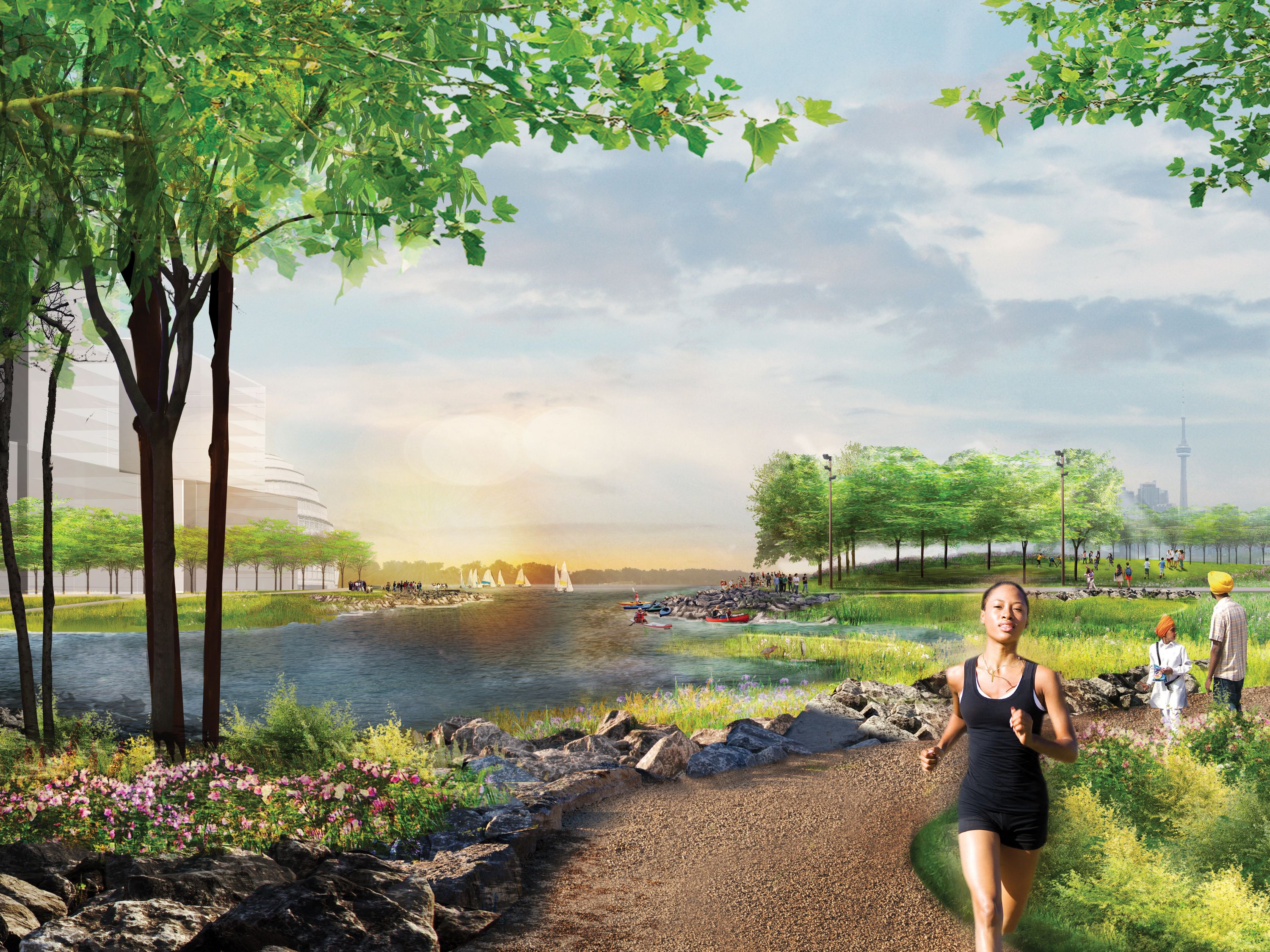 It's truly a historic moment for Toronto as all three levels of government join forces to flood-proof the Port Lands and naturalize the mouth of Don River. As the former chair of the Task Force to Bring Back the Don, I can assure you that this is no hyperbole.

The announcement by the federal, provincial, and municipal governments to fully fund the project will enable Toronto to surge forward with climate-resilient, sustainable growth. It's an example how cities, regions and nations can build consensus to meet the challenges of climate change and urban renewal together.

Canada, Ontario and Toronto are each committing one-third to the $1.25 billion cost of transforming the mouth of the Don River in central Toronto from a post-industrial flood-prone environmental disaster into expansive new waterways, wetlands, greenways and parklands that will protect existing homes and businesses and open the Port Lands for revitalization. The seven-year project will mitigate flood risk using ground-breaking naturalization techniques to will enable new, green developments like the East Harbour employment hub, a Metrolinx/Smart Track transit hub, and new mixed communities like Villiers Island in the Port Lands.

The Don Mouth Naturalization and Flood Protection project was approved through provincial and federal environmental assessments in 2015 led by Waterfront Toronto, Toronto & Region Conservation, and the City of Toronto. The process engaged thousands of residents, businesses, First Nations and community stakeholders throughout the region. Countless residents reviewed the plans, attended public meetings, petitioned their political representatives and took to social media to express their hopes and visions.

Special thanks go to Waterfront for All founding member CodeBlueTO. The community group mobilized supporters throughout the environmental assessment and protected the people's vision for the Port Lands from an ill-conceived push for Ferris wheels and shopping malls.

But there are many more organization that paved the way for this week's monumental development: The Task Force to Bring Back the Don, the West Don Lands Committee, the Waterfront Regeneration Trust and neighbourhood associations along Toronto’s waterfront - to name just a few.

The tri-level government funding clears the way for implementation of a vision that had its genesis in the 1992 report of the Royal Commission on the Future of Toronto’s Waterfront. The inspired leadership of Waterfront Toronto has developed that vision into the award-winning Lower Don Plan. I applaud the three governments for funding this transformative project.