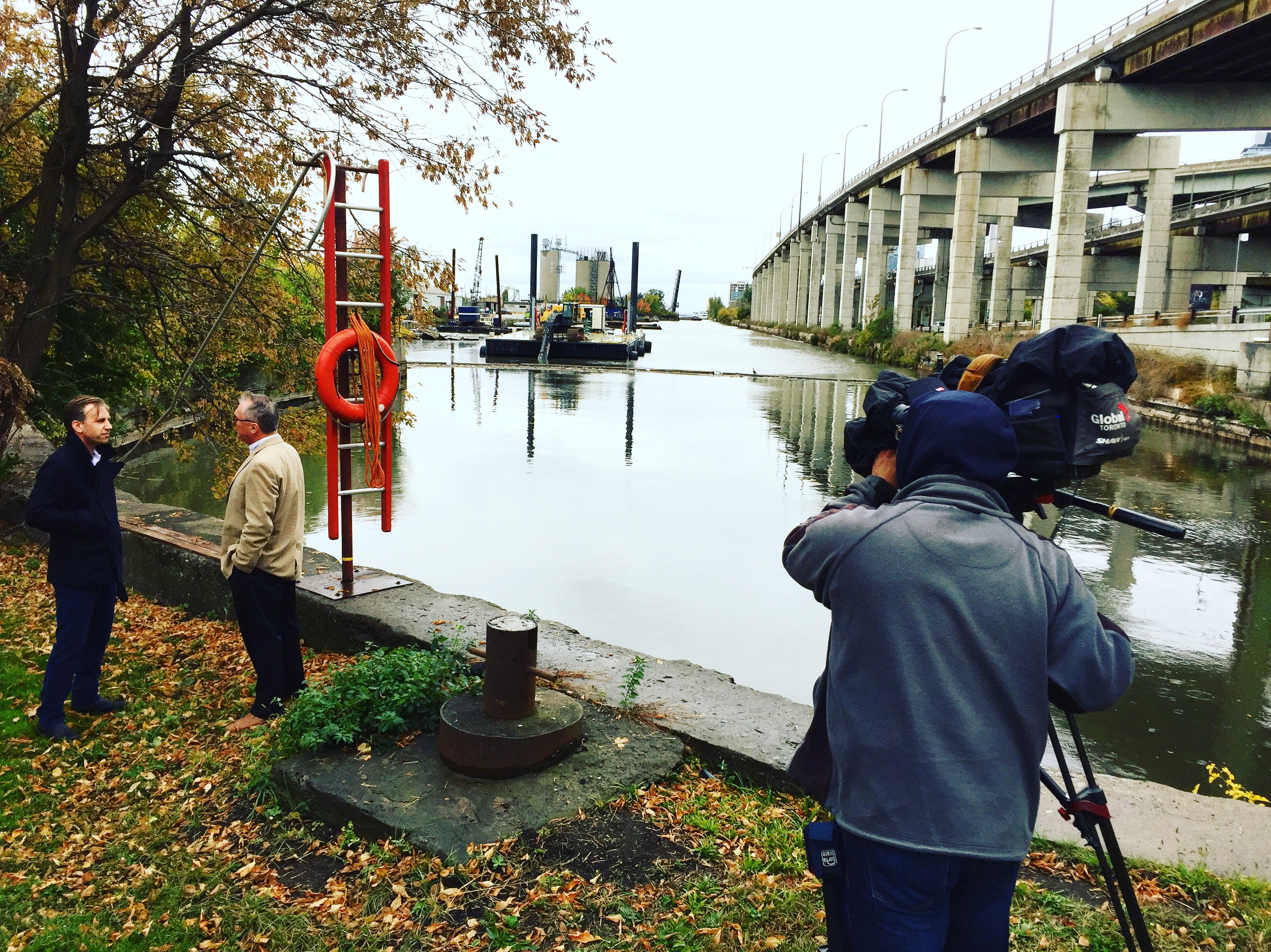 A new citizens group, Waterfront for All, is welcoming today’s Waterfront Toronto recommendation to put in place flood protection for the Port Lands.

More than a dozen organizations from across Toronto are joining forces to see the proposed naturalization and flood-proofing of the Don River mouth become a reality.

“The revitalization of Toronto’s waterfront is not complete without a naturalized Don River mouth and the transformation of the Port Lands,” Ed Hore, chair of newly-formed Waterfront for All said. “As a new umbrella organization for groups from across Toronto, we applaud today’s recommendation and hope Mayor Tory and his fellow councillors will approve the plans.”

Today’s Waterfront Toronto’s due diligence study makes a compelling case for all three levels of government to finally move ahead with Port Lands flood protection.

“The Don River mouth project is the culmination of more than a quarter century of citizen-led advocacy to establish the Don as a green centrepiece of Toronto”, former Bring Back the Don chair John Wilson added. “Without the flood protection measures, the Port Lands simply cannot be developed. Toronto urgently needs the additional housing and green spaces the revitalized Port Lands will yield.”

The environmental assessment study for the flood protection measures was exhaustive and took more than ten years to complete. Thousands of individuals, as well as dozen of community groups and public agencies provided input. The study considered at least ten different alignments for the river before settling upon a preferred option.

“This exciting project will unlock unprecedented opportunities for new neighbourhoods, business centres and waterfront parklands – all within a 20 minute walk from downtown,” Cindy Wilkey, co-chair of the West Don Lands Committee said. “It’s time for all levels of government to make it happen – starting with the City’s commitment.”

The proposed flood protection and naturalization of the Don River mouth elegantly combines beauty and function. About 30 hectares (75 acres) of natural habitat – wetlands, uplands and aquatic habitat – will be created, while 240 hectares (600 acres) of land will be removed from flood risk – including hundreds of homes and businesses in Toronto’s east end and a broad swath of underused land in the Port Lands.

About Waterfront for All

For more information or to arrange an interview please contact: